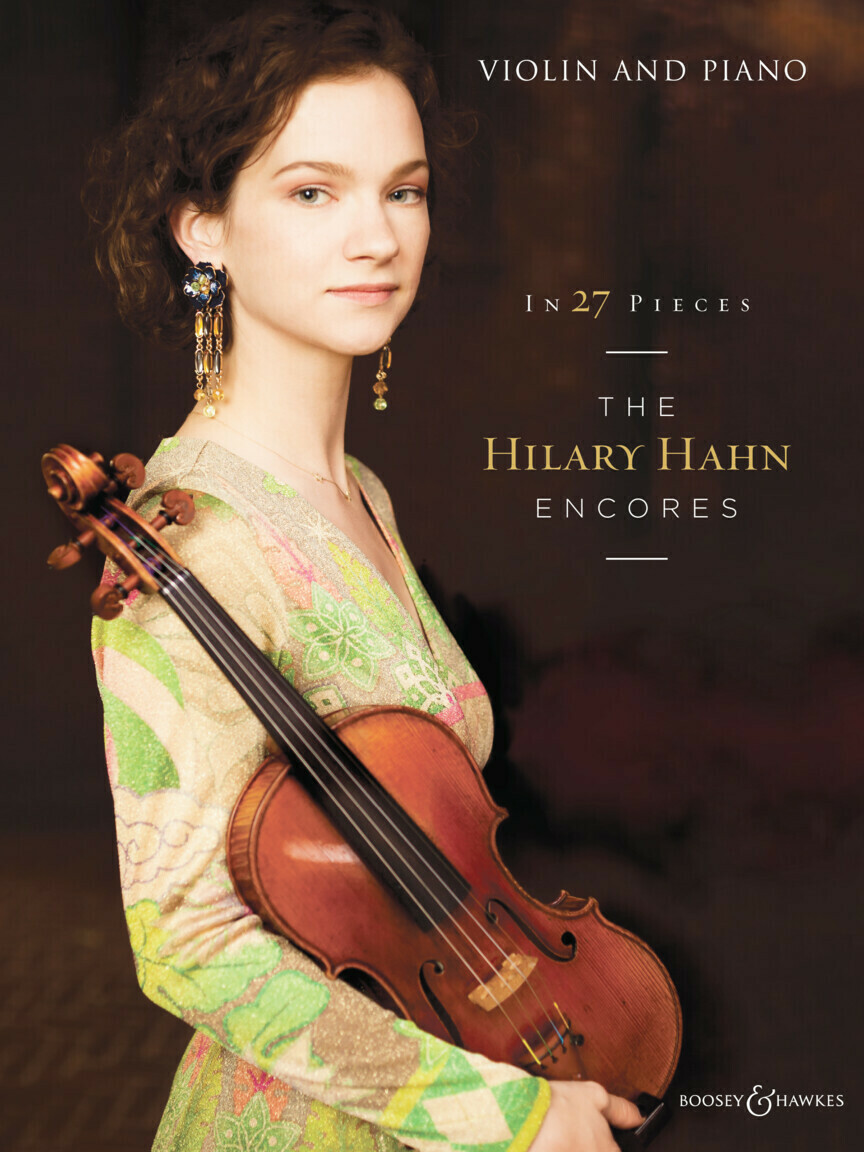 IN 27 PIECES: THE HILARY HAHN ENCORES

Years in preparation, In 27 Pieces: the Hilary Hahn Encores presents the 27 works from 27 composers written for the 2013 recording of the same title. The publication has been closely edited by Hilary Hahn.

Ms. Hahn writes, “I was intrigued by the future of the genre and how composers might wish to redefine the form. When I pictured a novel set of favorite miniatures catching on – pieces crafted by today's minds – the idea of a commissioned-encores project planted itself in my head.”

Twenty-six composers of various ages and nationalities agreed to create pieces for the project, following the guidelines set forth. “I gave them two parameters: each piece should be under five minutes and for acoustic violin and piano.” The twenty-seventh work came from a competition, with more than four hundred entries which were reviewed by Ms. Hahn through a blind process before one piece was chosen.

“Every one of these encores was fresh, free of interpretive tradition, and each spoke a different language. My initial process was full of trial and error. I broke down techniques and phrases until I understood them on the most fundamental levels. Often, I was pushed well past my limits. As the music came into its own, however, the pieces metamorphosed into brilliant, powerful, scintillating, beautiful works of art. They compelled me to discover new layers of expression.”

Included are composer biographies and commentary from each composer about her or his encore.

Save this product for later